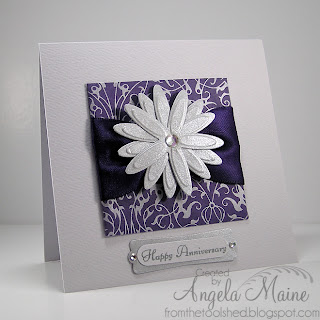 After dissecting an otherwise gorgeous wedding invitation in an effort to clean out my file drawers I realized that there was no why I could ever throw this pretty paper and card stock out.

I was purging on the 4th of July and realized it was Caroline's third wedding anniversary. We had such a great time at the wedding, and I kept everything that was sent to us. Now I must send it as a late Happy Anniversary.

This is very pretty and elegant! I love the purple background paper and the flower with all of the lovely white background showing.

Beautiful card. I love the purple and the flower. 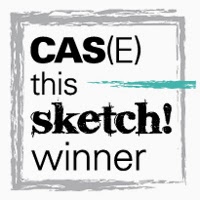